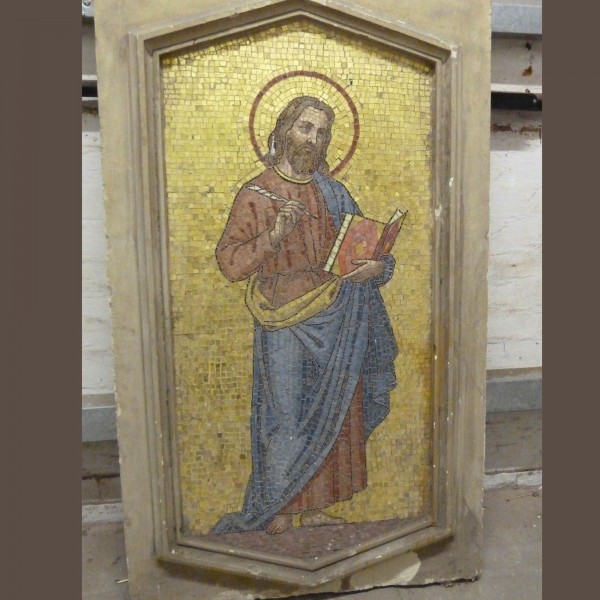 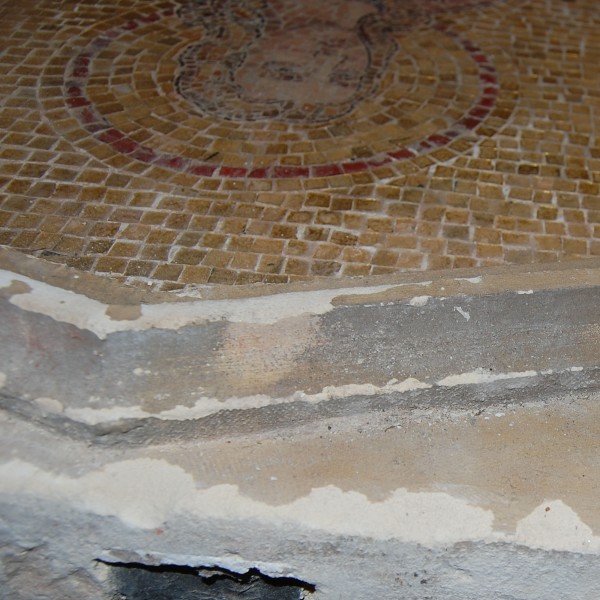 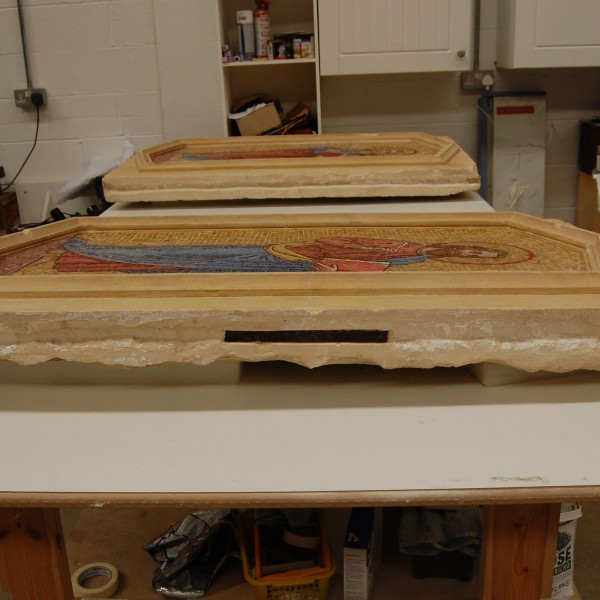 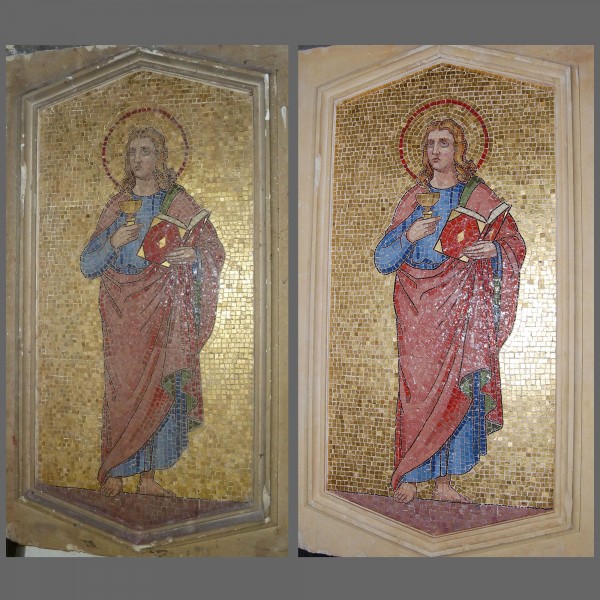 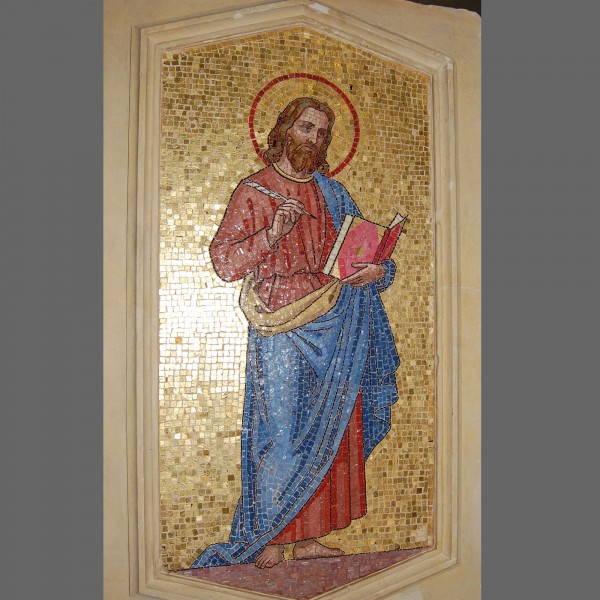 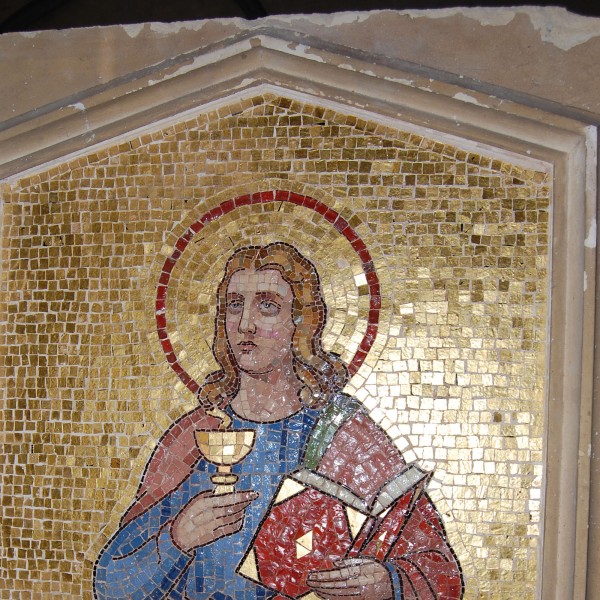 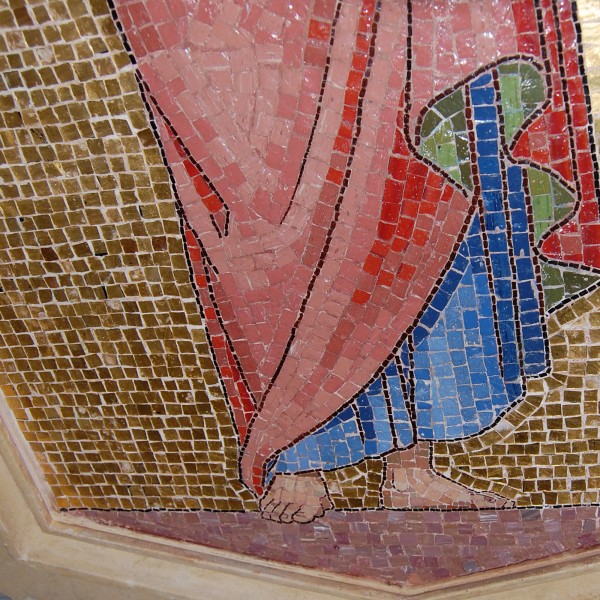 The Mosaics arrived in our workshop in remarkably good structural condition despite their appearance but the surface of the stone surrounds were in the process of de-laminating and many areas of impact damage were apparent. The mosaic tiles themselves were covered in a heavy layer of dirt and debris.